Boxwood Blight- What You Need To Know 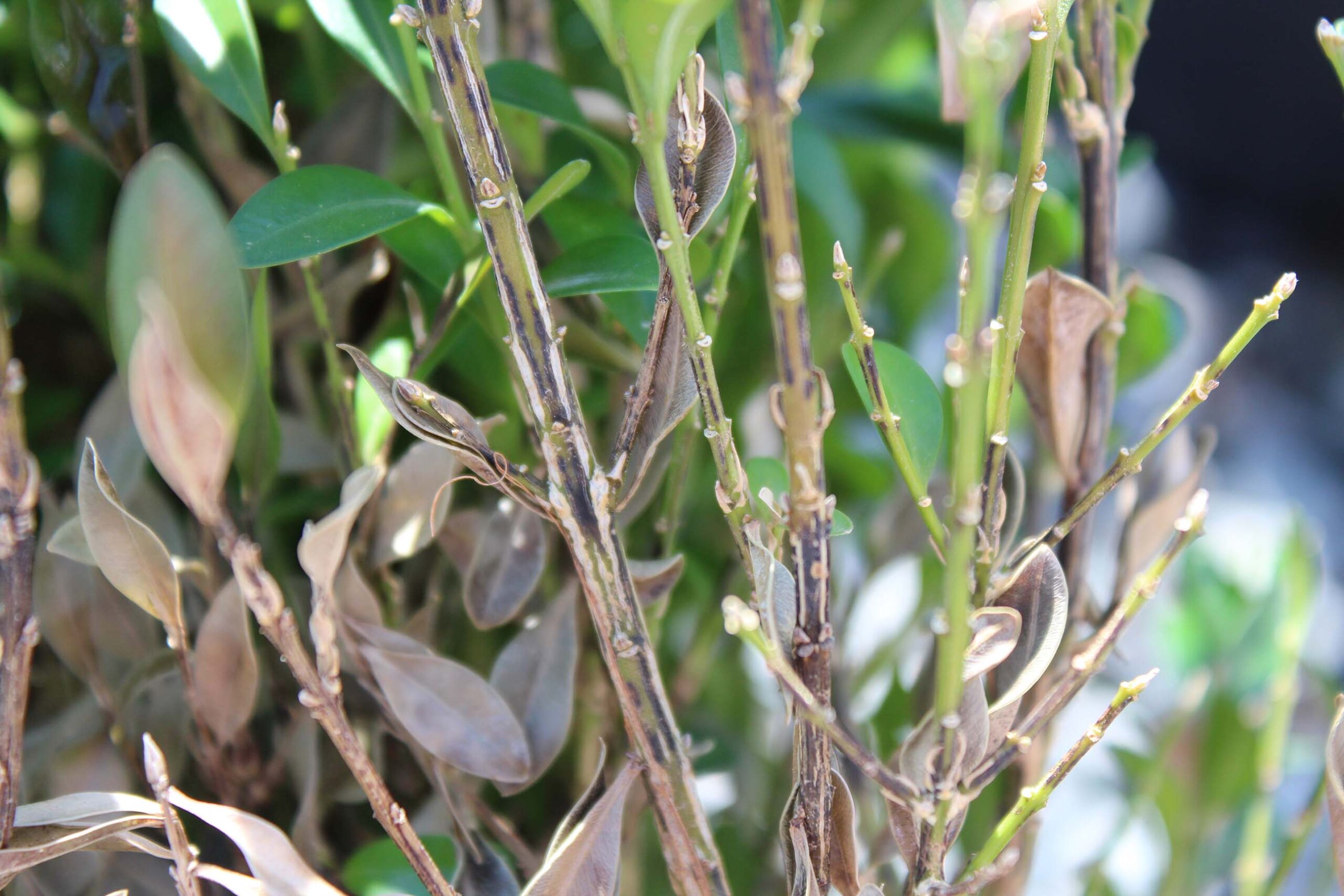 Boxwood Blight is a fungal pathogen that was first found in the United States in North Carolina, Connecticut, and Virginia in 2011. It was spread from North Carolina to Virginia through nursery plants; however, despite the few known cases, it is not considered to be fully established in Virginia today. Like most fungi it thrives in warm, humid conditions (which we are all too familiar with in Virginia). This infection has caused significant damage in European landscapes, so the Virginia Department of Agriculture is working with Nurseries to help ensure we avoid infections in Virginia’s historic boxwood gardens.

Signs of Boxwood Blight that you will want to keep an eye out for are leaf spots that are either light or dark brown with a dark border, dieback, and defoliation. In warm and humid conditions, light colored clusters of the fungi can be visible to the naked eye on the underside of leaves and stems. Branches that have been infected display long, dark streaks that are blackish-brown in color. Boxwood Blight is HIGHLY contagious, and is spread by:

Boxwood Blight is treatable, however it is a difficult and involved process. A fungicide must be applied every two weeks whenever weather is above 60 degrees Fahrenheit. At an estimated $200 a treatment, many people are opting to remove and dispose of their infected boxwoods rather than go for treatment.

The fungus that causes Boxwood Blight does not impact the plant’s roots, so it is possible for the plant to re-grow even after a severe infection. However, Boxwood Blight weakens the plant through defoliation and dieback, making it less able to combat other diseases. Rapid defoliation often leaves gardens unsightly, even if the blight doesn’t directly kill the plant.

If you’re a Boxwood owner in Virginia, fear not! The Virginia Department of Agriculture, the Virginia Cooperative Extension, and the Arborscapes team are all keeping an eye out to try and make sure Boxwood Blight is kept under control!