Tree of the Month- The Dark Hedges 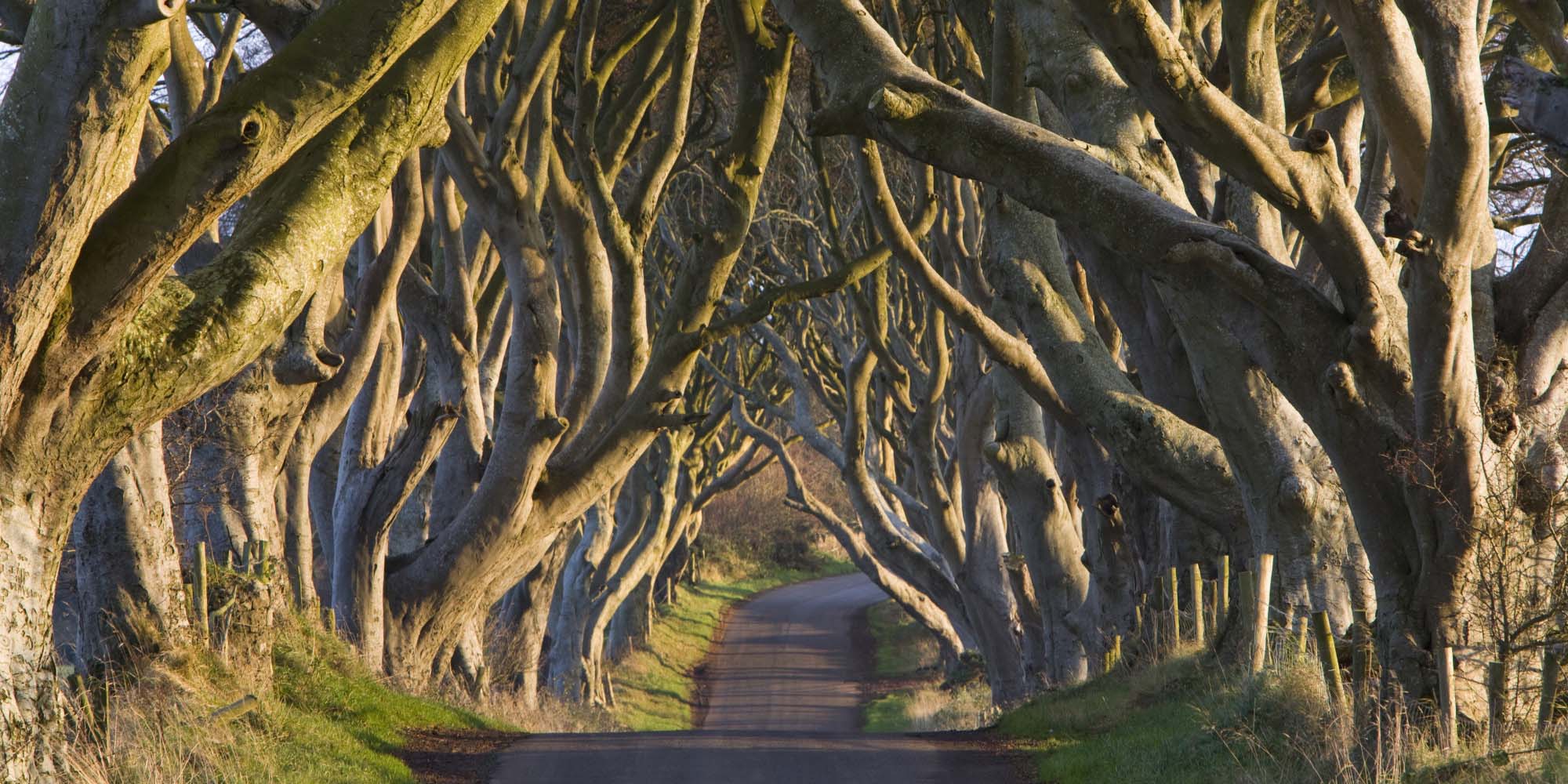 If you’re a Game of Thrones fan, you’ll recognize this tunnel of trees as the King’s Road, but the Dark Hedges have been creating a spectacular natural phenomenon long before the hit series used it as a filming location.

Originally intended to impress guests as they approached the Gracehill House, the Stuart Family planted this row of Beech trees in Northern Ireland in the 18th century. Once you see the twisting, intertwined branches that create a beautiful natural tunnel, it’s easy to imagine why this location has become one of the most photographed places in the world.

As you might have guessed, such an old intriguing stretch of road is bound to have a tale or two connected to it. In this case, it is the tale of the Grey Lady (maybe we should have saved this one for Halloween…). Legends say that the Grey Lady was a young maid who perished at the Stuart Family’s mansion under mysterious circumstances; others suspect that she may be a lost soul from an abandoned graveyard that is supposedly nearby. Whether its haunted or not, its hard to deny that when the weather is right and a fog rolls in, this row of Beech trees can look downright spooky!

The Beech tree is actually not native to Ireland, and unfortunately has been causing problems with over shading the native woodland understory. No one will be removing any of the trees that make up the Dark Hedges, but the Friends of the Irish Environment suggest that young Beech trees be removed to promote the growth of native specimens and encourage natural biodiversity in Irish forests.

Lucky for the Dark Hedges, in 2009 the Dark Hedges Preservation Trust was established to help preserve and enhance the ancient trees. Because the Beech trees that make up the Dark Hedges are either mature or past maturity broken branches are a common occurrence, especially following a storm, so regular maintenance will be necessary to help ensure the safety of visitors.

Whether you find the Dark Hedges spooky or enchanting, you have to admit that these 300+ year old Beech trees are magnificent!