Tree of the Month- An Especially Unique Oak… 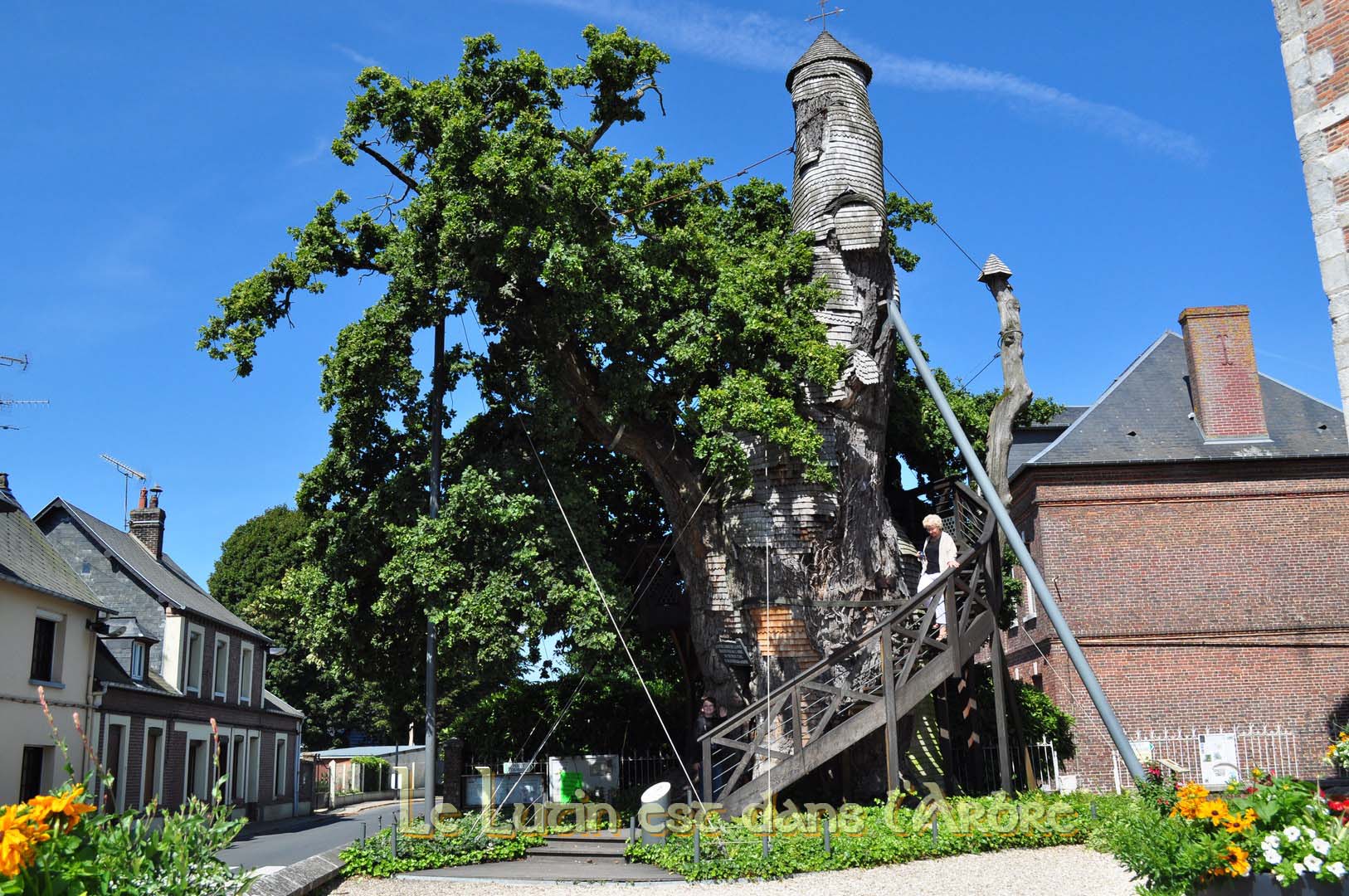 If you ever find yourself in Allouvile-Bellefosse, France, you might care to visit a particularly unique and whimsical tree. Like something straight out of the fairy tales of antiquity, the Chêne chapelle has attracted visitors from all over the world!  As the oldest tree in France, it has survived the French Revolution, all manner of weather including a devastating lightning strike, and the regular wearing of time. But it isn’t its resilience that wins as the most interesting feature of this tree, or even its age—inside its hollowed out trunk you’d be delighted to find two small chapels!

As to be expected, time and stress has taken its toll, and a good portion of this tree’s trunk has died. These days, the Oak is in decline, and held up with supports. Much of its trunk is now covered in Oak shingles, in an effort to protect the areas where the bark has fallen off. However, despite its declining health, its congregation

still manages to meet twice a year, and it remains a destination of annual pilgrimage.

This special oak first became a chapel in the 1600’s. This is when it was struck by lightning, causing it to be burnt right through to the center. Surprisingly, the tree survived, drawing the attention of a local abbot and the village priest. The two men determined that this tree’s survival was a sign from God, and so inside they built and dedicated a shrine to the Virgin Mary. In later years, the second chapel was added, along with a winding staircase on the outside of the tree. Locals will say the tree is as old as France itself, existing during Charlemagne’s time and rumored to be where William the Conqueror once knelt at its base. Local tradition places this tree at 1200 years old, but scientists say that it’s more likely to be closer to 800 years old. Either way, this chapel oak has certainly earned its place as a religious, historical, and tourist hot-spot!