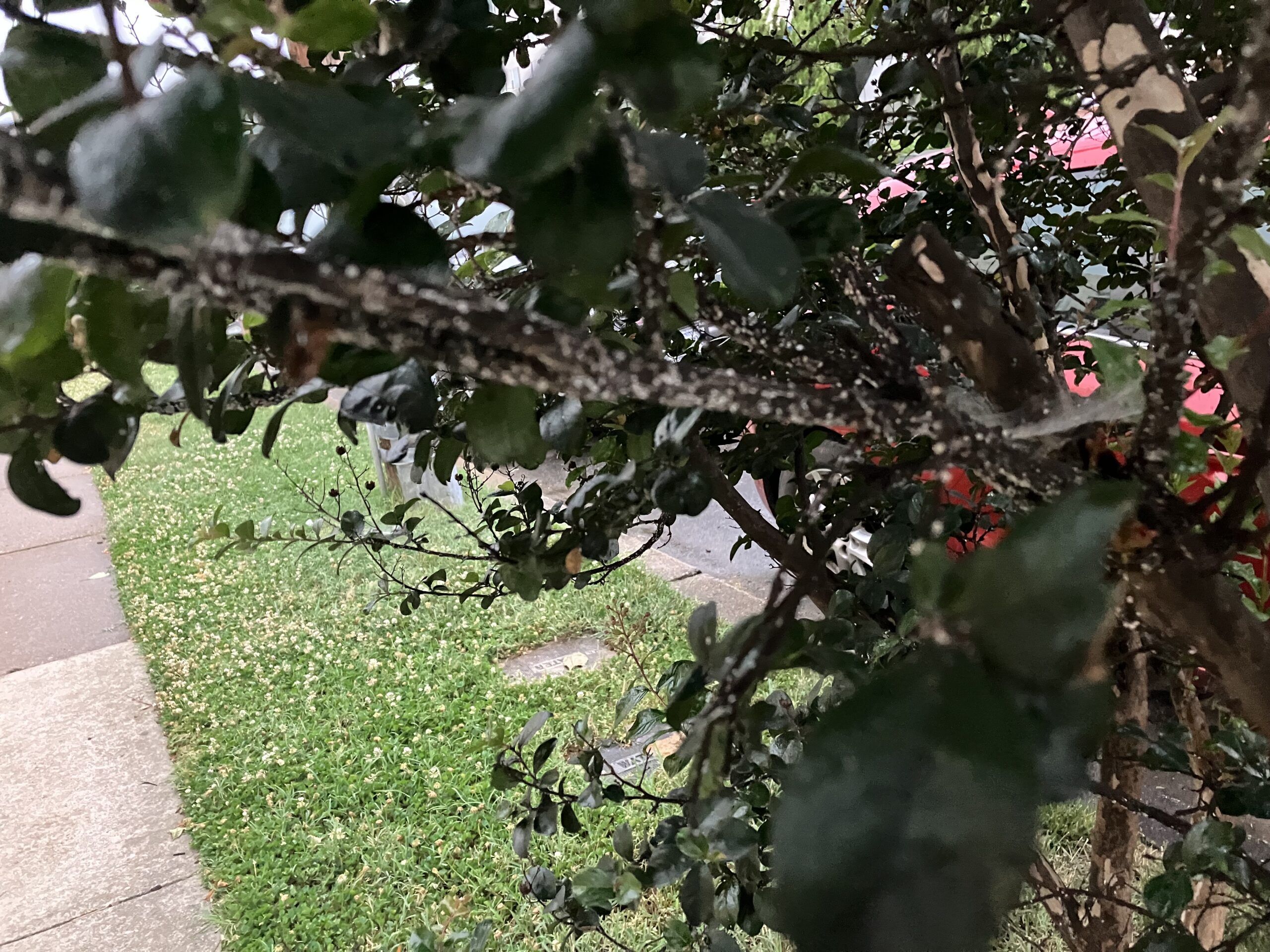 In 2022 our arborists were flooded with calls about Crape Myrtle Bark Scale.

This pest appears as small white insects along the main trunk and stems of the tree. The scale produces copious amounts of honeydew, which is the sugary waste produced as the scale feeds on the plant’s phloem. The honeydew will then turn to black sooty mold, resulting in a sticky black mess underneath the tree.

This is only the second year that we have seen this particular variety of scale in the Richmond area. For now, populations have been clustered in the city of Richmond and Midlothian area, but we do expect to see further spread of this pest throughout other parts of the region.

What can I do about a suspected outbreak of Crape Myrtle Bark Scale?

Where did this pest come from?

Crape Myrtle Bark Scale originated in Asia and was first spotted in Texas in 2004, and South Carolina in 2019.

Why are some of the scales moving?

If it appears like some of the scale is moving, these are not Crape Myrtle Bark Scale, but predatory mealy bugs. These are good guys in the fight to eradicate scale. Don’t kill these fast-moving bugs!

What is all the black stuff?

To put it simply, it’s bug poo! The sugary waste created by the scale will turn to black sooty mold.

How do I get rid of sooty mold?

On the tree, the sooty mold will wash away over time naturally. Power wash/scrub hard surfaces. Do not use detergents on bark or adjacent affected plant material.

Will it spread to other plants?

There is a small list of other susceptible plants, but for now, we are only seeing infestations on Crape Myrtles.

Will it be a problem next year?

Since this is a new pest to the Richmond area, we will need to monitor over the next few years to gauge how this pest will affect us moving forward.

If you suspect your tree has Crape Myrtle Bark Scale, give us a call to come check it out.